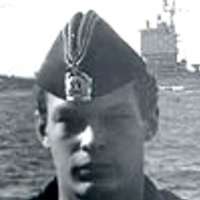 Opinion: The U.S. government left its own journalists behind in Afghanistan
https://www.washingtonpost.com/opinions/2021/08/31/us-government-left-its-own-journalists-behind-afghanistan/


Now that the U.S. troop withdrawal from Afghanistan is complete, many stories of heroic efforts to save Americans and Afghan allies are pouring out, each describing one facet of the chaos and dysfunction that plagued the effort to evacuate all of those in Kabul who had placed their trust in the United States. Among the most tragic examples is the story of how the Biden administration left behind more than 100 government-sponsored journalists, plus their families, after putting them through three weeks of hell.

The administration was warned early and often about the 600 or so employees, contractors and family members who worked for U.S.-sponsored news organizations under the umbrella of the U.S. Agency for Global Media, a federal agency funded by Congress. They include journalists working for the Voice of America (VOA) and Radio Free Europe/Radio Liberty (RFE/RL) who have worked in Afghanistan for years — at great personal risk. The Taliban has killed four RFE/RL journalists since 2016 through suicide bomb attacks, and the company’s journalists routinely receive death threats from the extremists.


Now, the leaders of these organizations say the State Department promised to get their vulnerable people out of the country before the Aug. 31 troop withdrawal deadline, only to later renege on that promise amid the chaos and confusion at the Kabul airport. They describe a harrowing ordeal for these Afghans, who were repeatedly turned away by our own troops at the airport gates and whose personal information was handed over to the same Taliban fighters they are fleeing from.

“It is disheartening that so many professional journalists employed by American-funded news organizations have now been left behind, with their families,” Sen. Ben Cardin (D-Md.), who worked behind the scenes trying to help them, told me. “These Afghan allies are among the people most endangered at the present moment for the good work they have done over two decades. Urgent attention must now turn to finding the best way to get them to safety.”

On Sunday, national security adviser Jake Sullivan said on CNN that all the groups the U.S. government prioritized for departure made it to the planes. But that’s simply not true, according to other officials and sources I’ve spoken with in the groups that scrambled to save their staffers over the last three weeks. Those organizations include the American University of Afghanistan, the U.S. Agency for International Development, the National Endowment for Democracy, the Humane Society and several other civil society organizations that are now facing the worst-case scenario for their people.

The USAGM journalists and staffers had every connection a group of potential evacuees could wish for, and their expectations were correspondingly high. After all, the U.S. government had moved heaven and earth to get Afghan journalists from private U.S. news organizations to safety. Surely, they assumed, it wouldn’t abandon the reporters for whom it was directly responsible. But they were wrong.

The RFE/RL journalists and their families made several independent trips to the airport, often spending long days and nights waiting just outside the gates, but never managed to get inside, RFE/RL President Jamie Fly told me during an interview. And now, they are stranded.

“You would have expected that the United States government, which helped create the space for journalism and civil society in Afghanistan over the last 20 years, would have tried to do more over the last several weeks to assist journalists who made a decision that it was best for them to leave the country,” Fly said. “But they consistently failed to do that.”

Their initial optimism was rooted in what they claim were assurances that these U.S. government employees and contractors (RFE/RL is an independent grantee, whereas VOA is a U.S. government agency), would be taken care of. Administration officials deny that any explicit promises were made. On Aug. 23, the acting head of USAGM, Kelu Chao, wrote to President Biden, thanking him for the ongoing efforts of his national security team but warning him that the staff still had not managed to get into the airport. On Aug. 25, a group of 67 lawmakers wrote a private letter to Biden urging him to focus on the USAGM employees before it was too late.

Several senior administration officials repeatedly reassured RFE/RL not to worry, Fly told me, but even top level officials couldn’t overcome the utter dysfunction and lack of communication between Washington and Kabul. At one point, Fly was on the phone with senior military officials who were trying to admit the group, waiting just outside the gate, but the message simply never got to the soldiers standing at the gate, and the group returned home.

USAGM attempted several other bold gambits to get its people out. Two weeks ago, RFE/RL secured seats for its people on Czech airliners departing Kabul, but the people were turned away at the airport’s gates and the planes left without them. Last week, USAGM worked with the State Department to charter three planes and bring the people to Spain. But before the planes could land in Kabul, the Islamic State attacked the airport and the Pentagon canceled all further scheduled charters.

In the final days before the Aug. 31 deadline, the State Department told USAGM their people would be included among the last tranche of locally employed U.S. government staff, who had been given special priority at that time, Fly said. But as the deadline came and went, the USAGM employees simply never got the call to come to the airport.

A senior State Department official told me that the USAGM group “was until the very last moment the highest priority,” but the clock just ran out. The State Department was barely able to bring out its locally employed staff by the Aug. 31 deadline, the official said, adding that the high threat of another terrorist attack also hampered the evacuation in its final days.

“The State Department and Department of Defense worked around the clock to facilitate departure USAGM and RFE/RL via both military and charter aircraft,” the official said. “As the situation outside of [the Kabul airport] grew increasingly dangerous, we advised all seeking evacuation to shelter in place while we continued to develop departure options.”

U.S. government assurances now provide little comfort to those journalists and their families, who continue to report the story even as they wait for an indication of how the U.S. government intends to put those words into action.

“It’s incredibly frustrating. These are journalists who have spent their lives trying to provide news and information for the Afghan people and who have often come under assault for doing so,” Fly said. “The future scenario for journalism in Afghanistan is incredibly tenuous.”

A spokesperson for USAGM confirmed that their people were among the many on the ground who have not been evacuated, but declined to discuss numbers or specifics because of safety concerns.

“Our focus continues to be getting our people to safety,” the spokesperson said. “This is a life and death matter for many of our journalists and their families, and their safe passage remains our highest priority.”

Biden administration officials are touting the end of the United States’ 20-year war in Afghanistan as well as the U.S. military evacuation, which they say resulted in more than 120,000 people being rescued. To be sure, many lives were saved. But to call the mission a success is an insult that adds to the injury of the tens of thousands of Afghans who didn’t make it out and remain there now in fear for their lives.

The least the U.S. government can do is devise a plan to get these people to safety that does not depend on the good graces of the Taliban — which, according to reports, is already starting to take revenge on its opponents. It is a matter of U.S. honor and credibility, but also a matter of life or death.